David Beckham is known to the world over for his playing skills and incredible fashion sense.  People have avidly followed the career moves he has made and also the tattoos that he sports.  The large collection of tattoos he sports has in no way been a deterrent to his getting endorsement deals, like it has been the case with other people.

Most of the tattoos on Beckham have been done by Louis Malloy, who is a tattoo artist based in Manchester. He is one of the leading artists in all of UK. His art speaks for itself and he is known to keep the thought process behind the tattoo private. As far as his charges for tattooing go, Malloy claims to charge his celebrity clients the same fees as he does to others. The only exception being when he was flown by Beckham to Madrid, when the airfare was taken care of by Beckham. 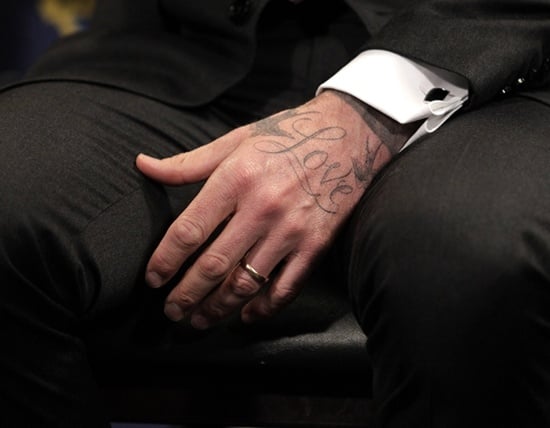 The Chest and Back tattoos of David Beckham:  Beckham has put his tattoos on the upper portion of his body. This includes the ones he has added to the back, the ribs and the chest. This has been put together over the years.  It includes: 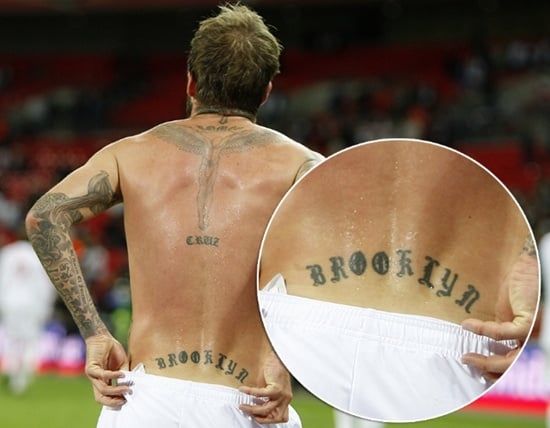 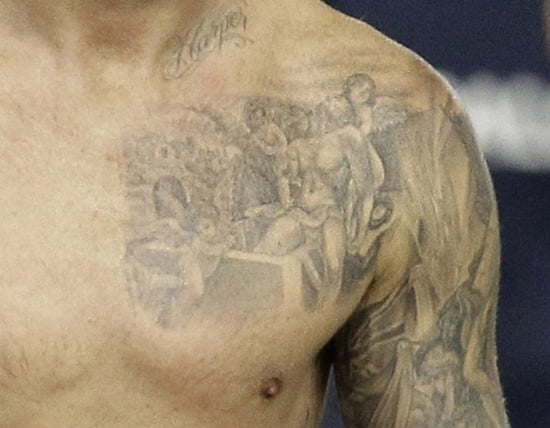 The tattoos on the right arm and his forearm: 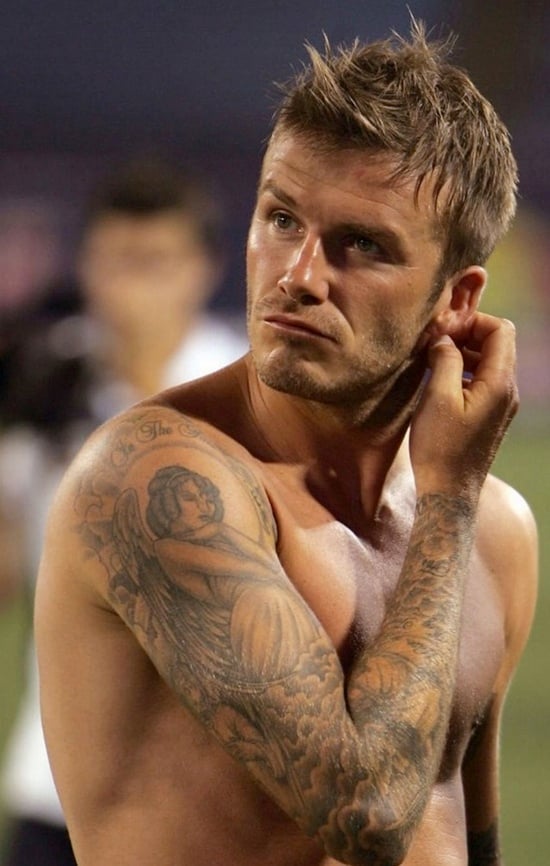 Do you believe that ultimately David Beckham will have a completely tattooed  shirt? He has been converting the separate pieces of his sleeve onto a full sleeve. Till now his tattoos are mostly black and white and this makes it easier for things to meld well. Let us wait and watch to see what happens next. 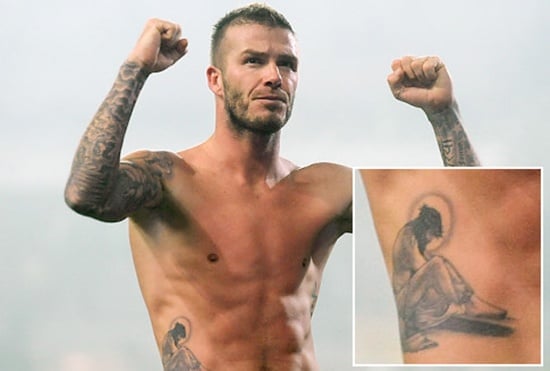 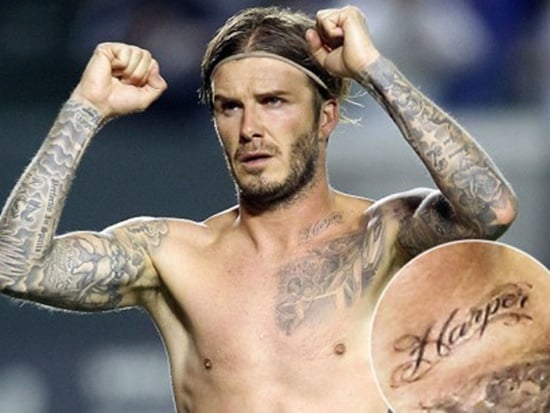 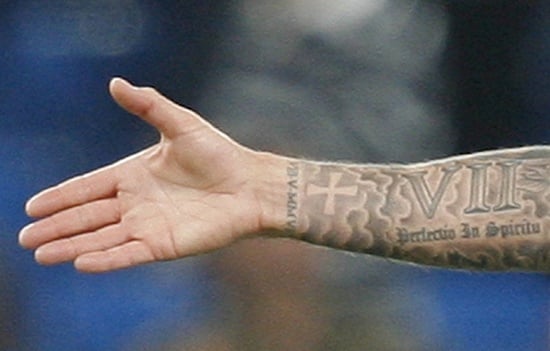 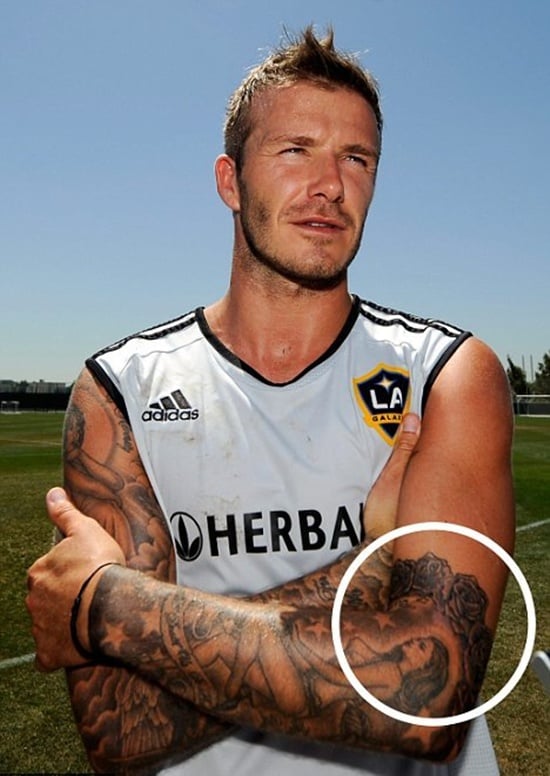 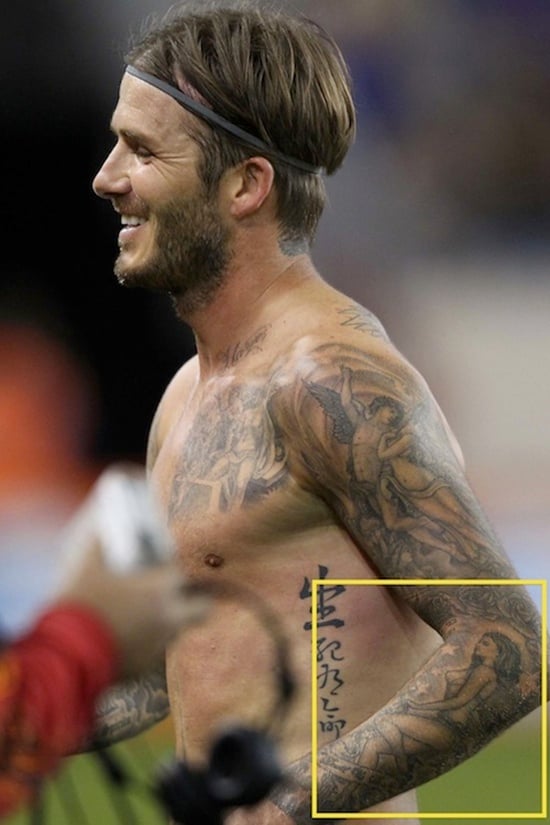 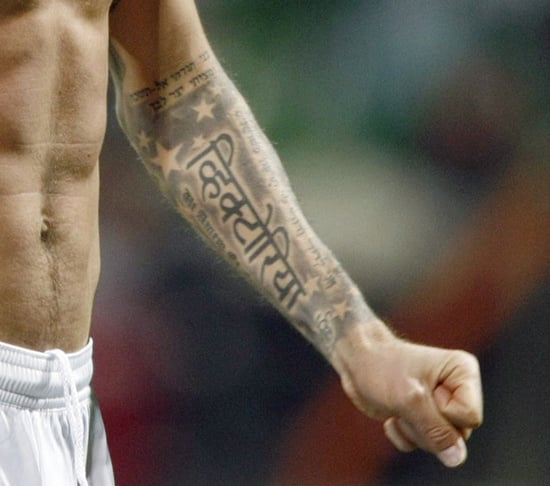 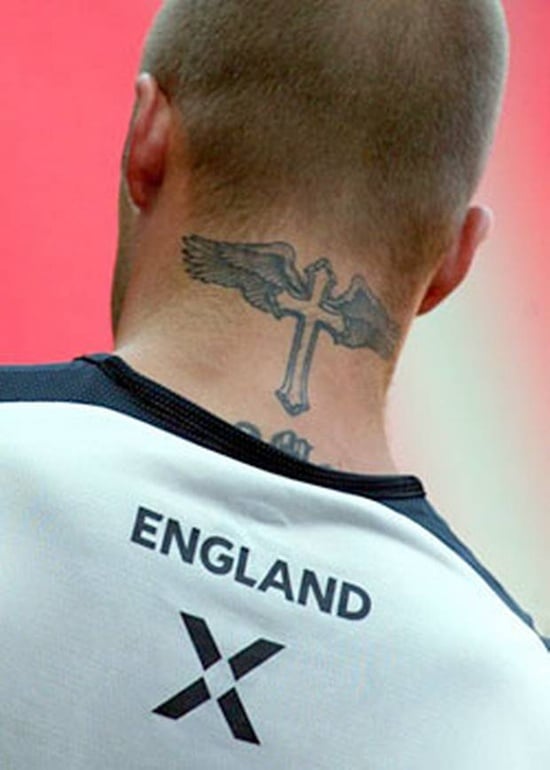 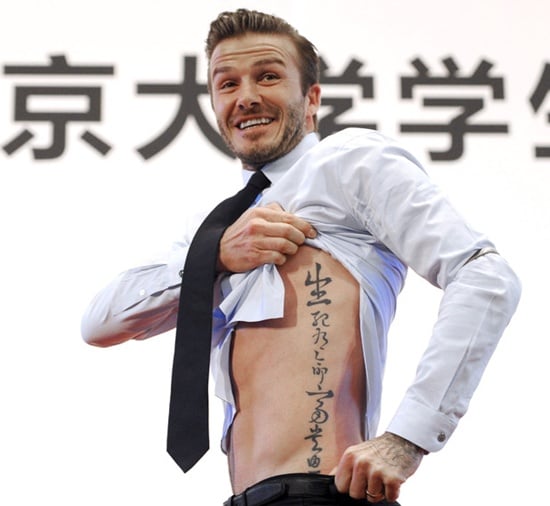 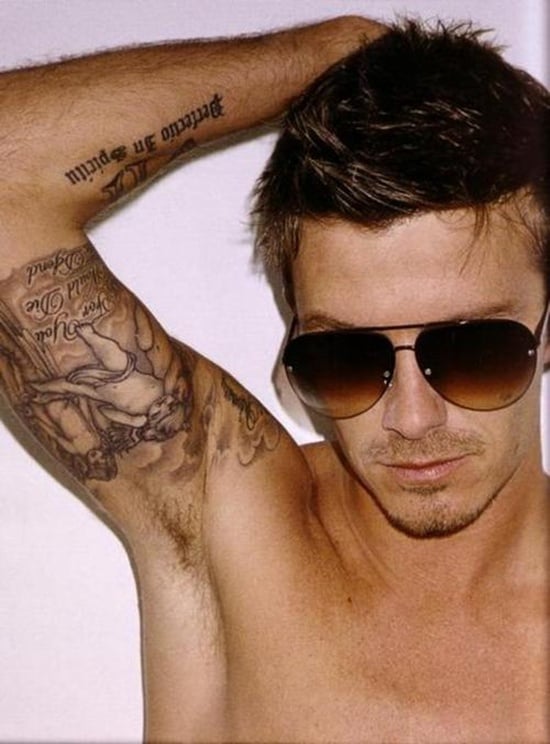 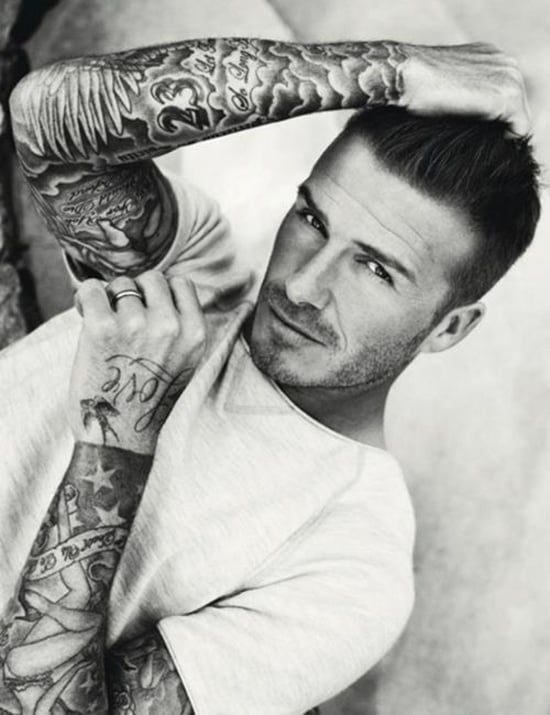 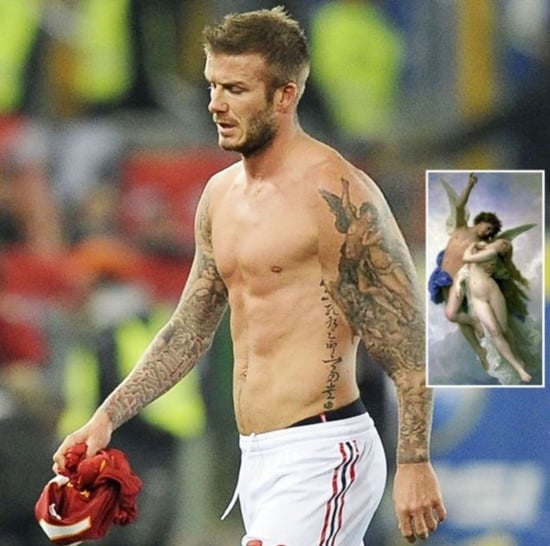 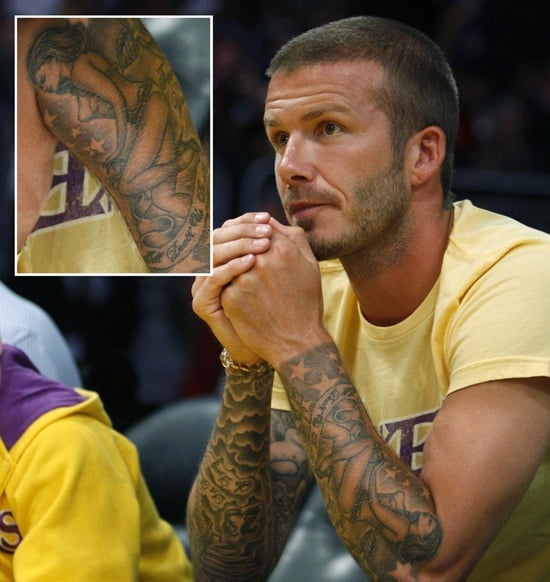 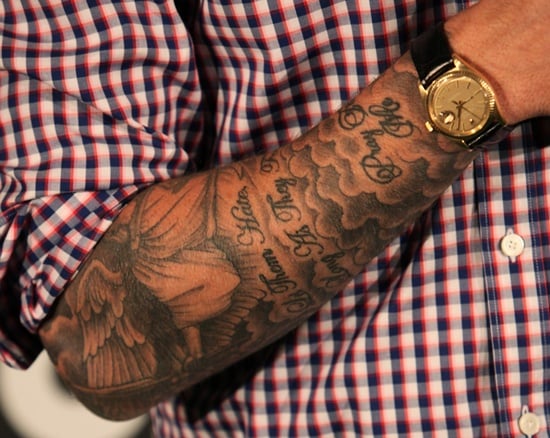 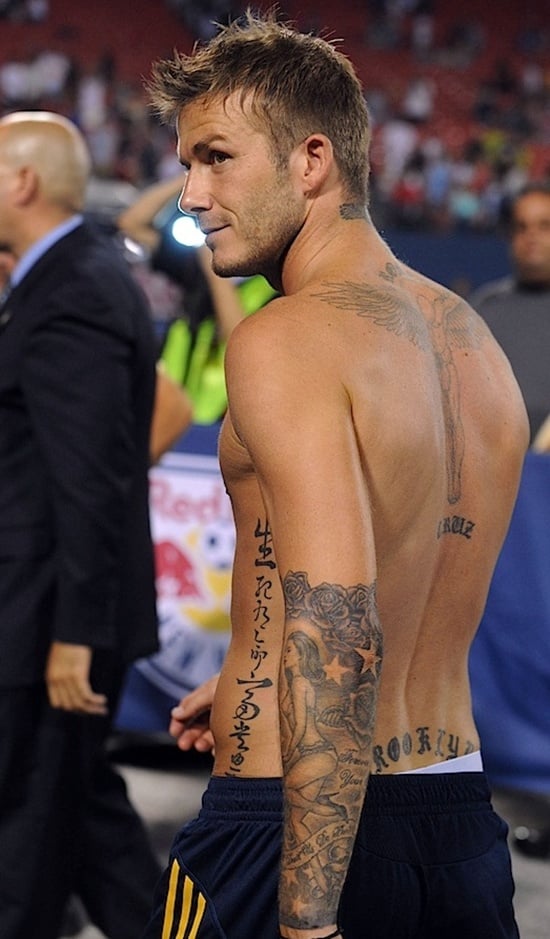 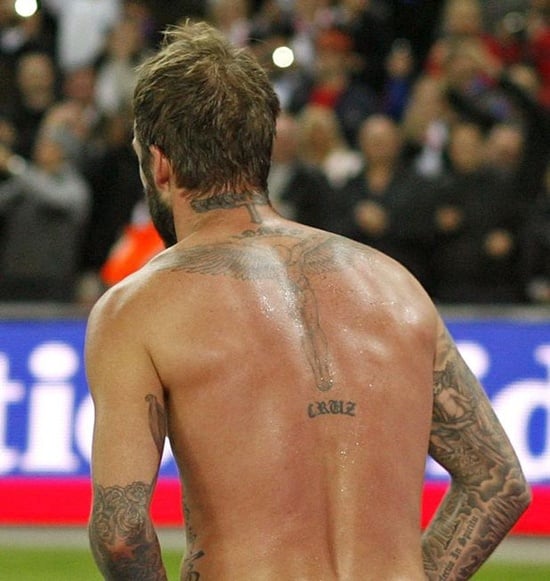 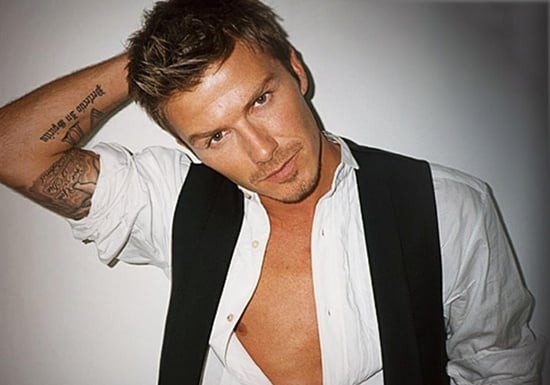 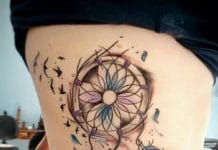 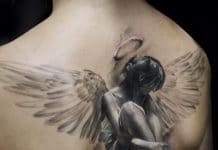