A pair of dice though not considered strictly a mainstream tattoo enjoys a certain amount of popularity. The design is so appealing also due to the fact that the pair of dice works well in conjunction with other design elements. Both genders have shown a liking for this tattoo design as it is so versatile and interesting.

The history of dice dates back many thousands of years. Dice have been discovered in the older civilization and that too made out of interesting things like bone, wood, stone, ivory and metal. It is a fact that even before the existence of casinos, dice were being used in Asia and Europe. 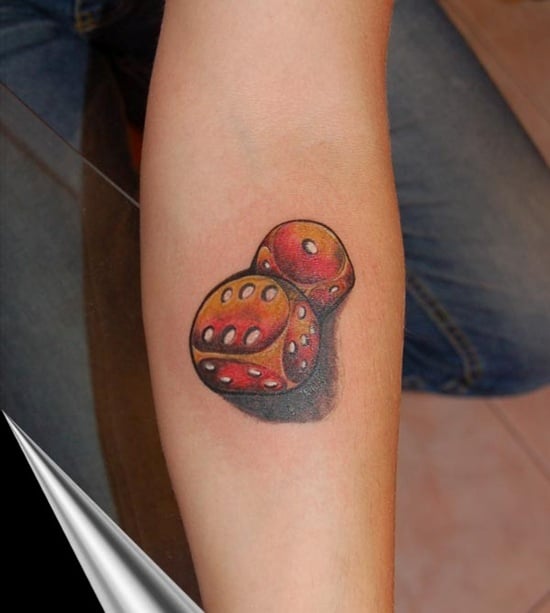 The possibilities of tattoo designs using a pair of dice are endless which adds to the appeal of this design element. Dice are ubiquitous and can be found in homes for board games and at casinos at gaming tables. Many people like to use dice as a piece of decoration on their car or some have even designed furniture that looks like dice. The fact is that most people will recognize the dice when they look at it. It is simple enough to identify with its square shape with six sides and each of the six sides having dots starting from one dot to six dots. The dot is supposed to indicate the number with one dot meaning 1 and two dots meaning 2 and so on till the number 6. 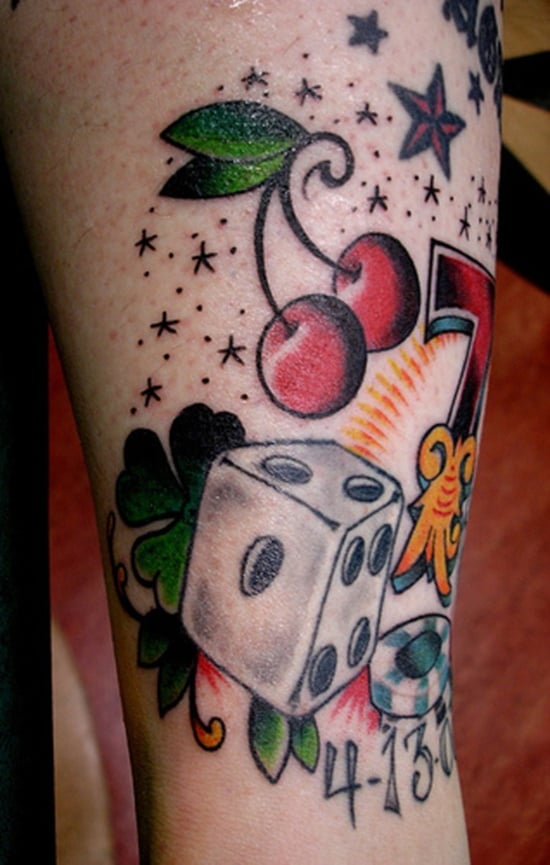 The roll of a dice and the number that comes up decides the outcome of a game. This means that luck rules the roll of the dice and thereby dice are often associated with luck and fortune. The occurrence of the number 7 when it comes in as a total on both the dice is considered very lucky.

Many people talk about the luck of the draw and the roll of a dice and this means depending on luck for things to happen, thereby indicating risk. Many people revel in taking risks and facing dangers to emerge victorious. These sort of people love to have a dice in their tattoo designs. 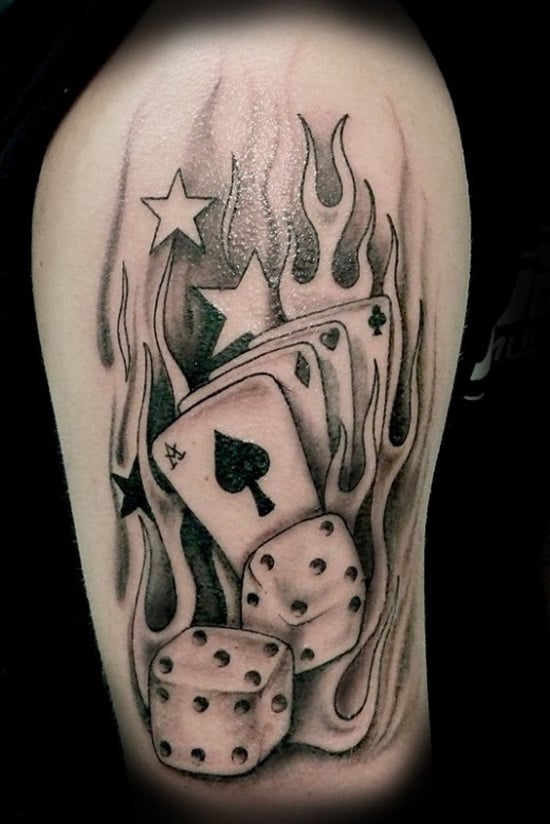 They can be drawn as a standalone design but can also be an element in a larger image. They can be shown with chips, cards, diamonds, hearts, flames, swallows, skulls, black cat or even Lady Luck. The possibilities for designs with dice are numerous and can be changed as per personal preference.

Normally dice signify and symbolize a person who likes taking risks, gambles on outcomes, a good luck charm and in general a go getter kind of person who is a maverick at heart. When you have a great design using the dice as the central element you will find that the tattoo design is exceptional. One of the most sought after dice design for tattoos is one that is seen as if it is on fire. It indicates that the dice are good and makes the design pop. Some show the dice with eyes like that of a snake to show the quick moves of both along with the chance of losses occurring. Some go with the conventional design of white and black but in tattoos they are depicted in many colors. 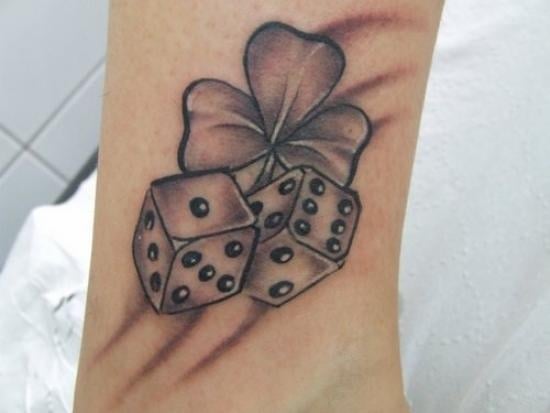 You can come up with your own personal design based on your preference and personal thought process. Pick the elements that mean good fortune for you and also include elements that look good with the dice to create your design. The color scheme for the dice can also be unusual instead of the same conventional color combinations. No matter what design you decide to go with, do take the time to think, reflect and research before going in for the tattoo. 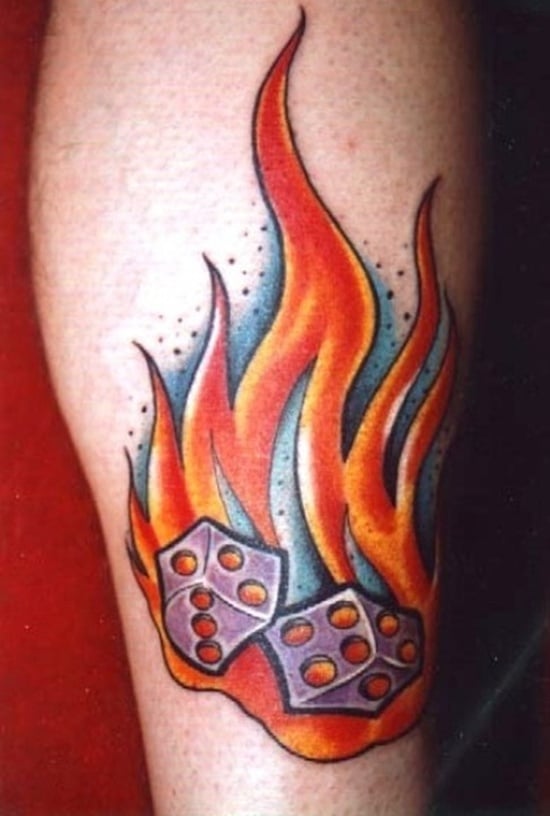 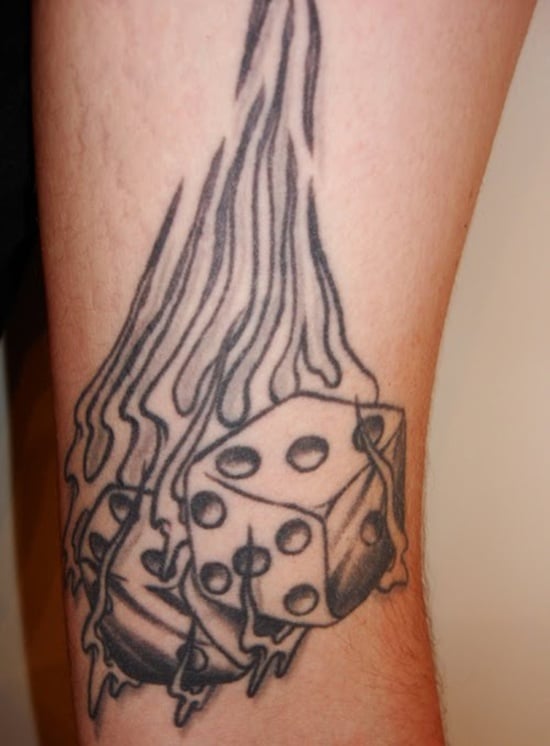 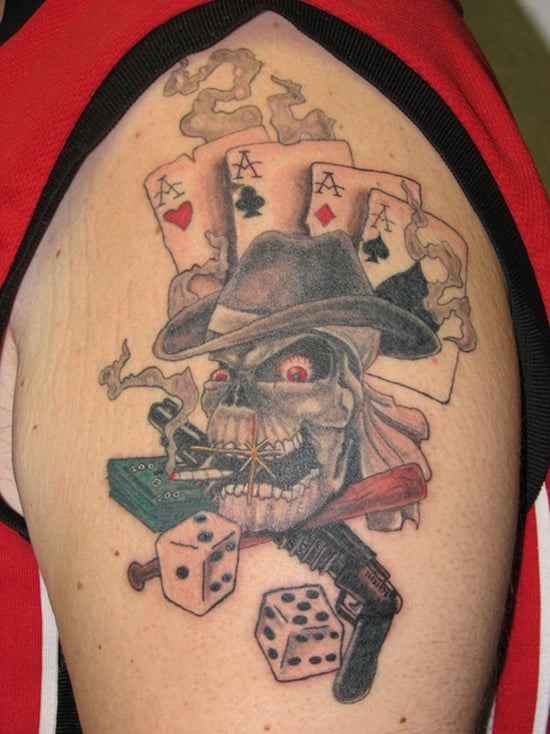 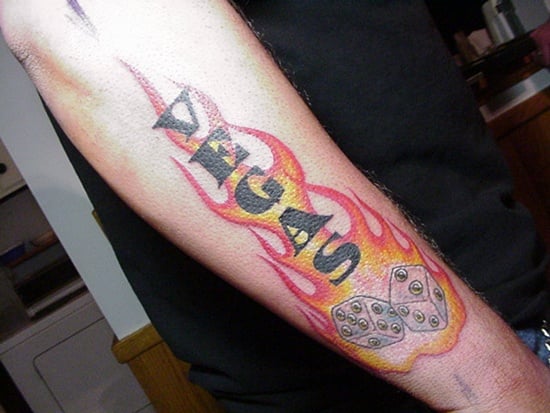 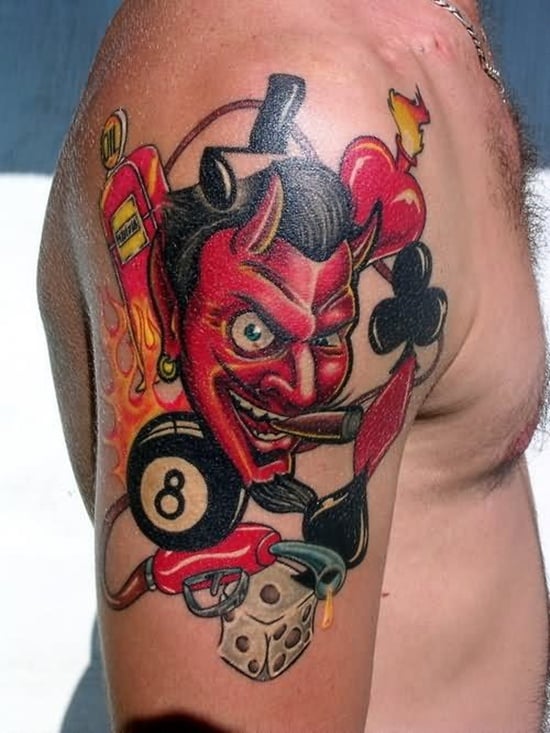 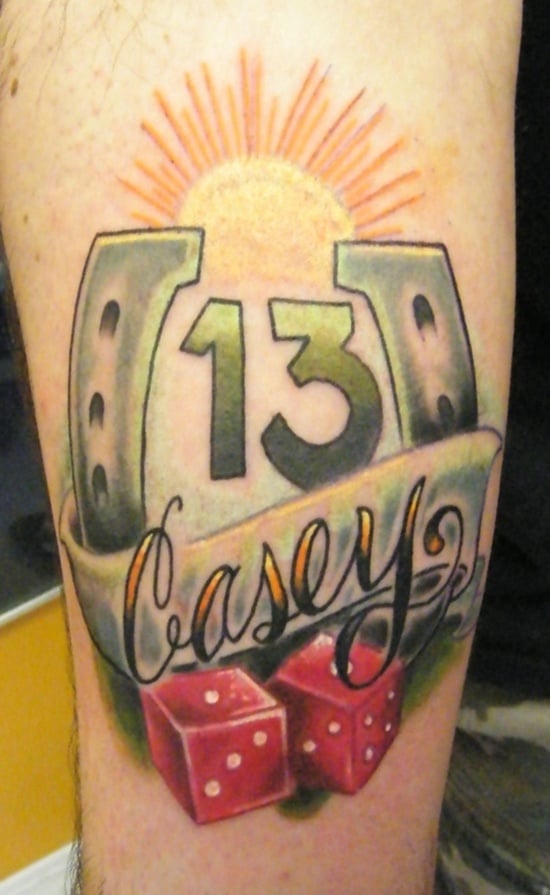 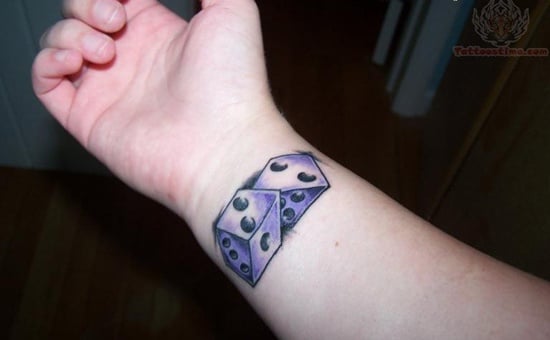 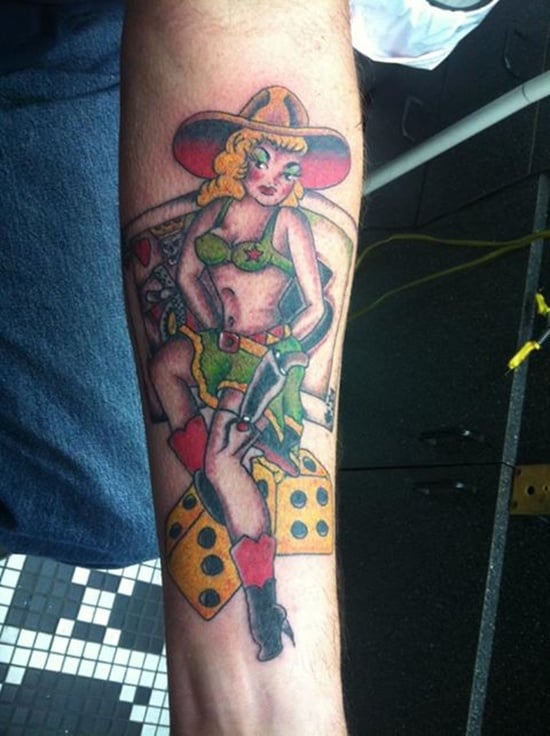 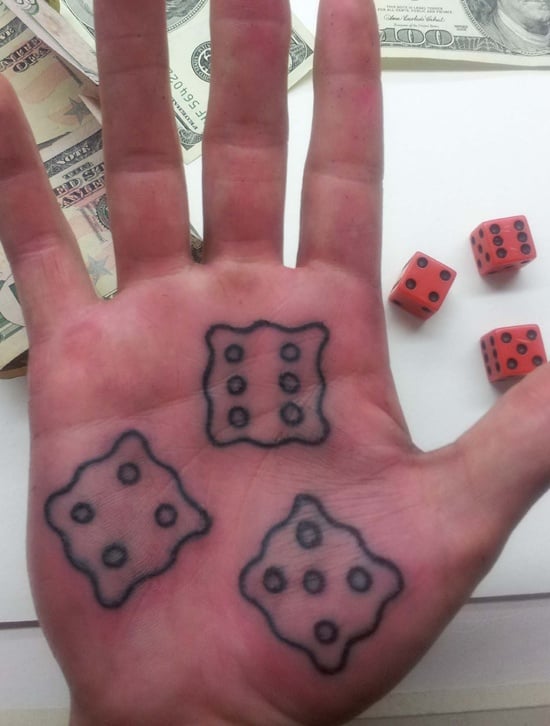 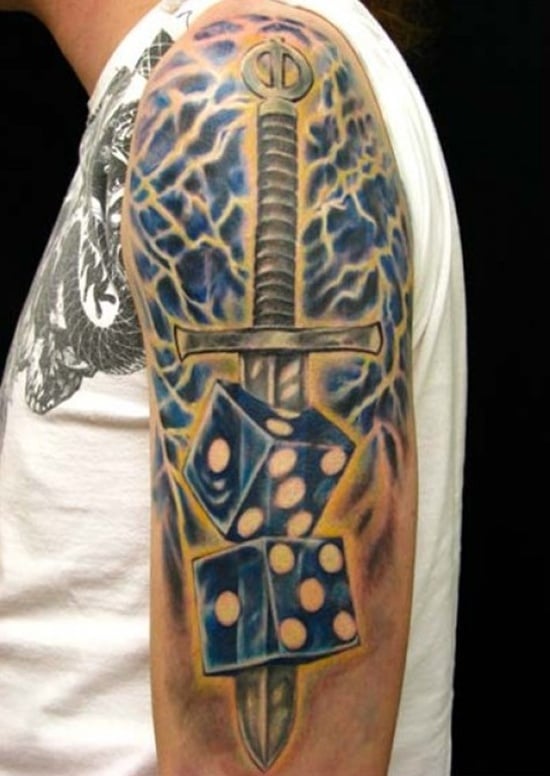 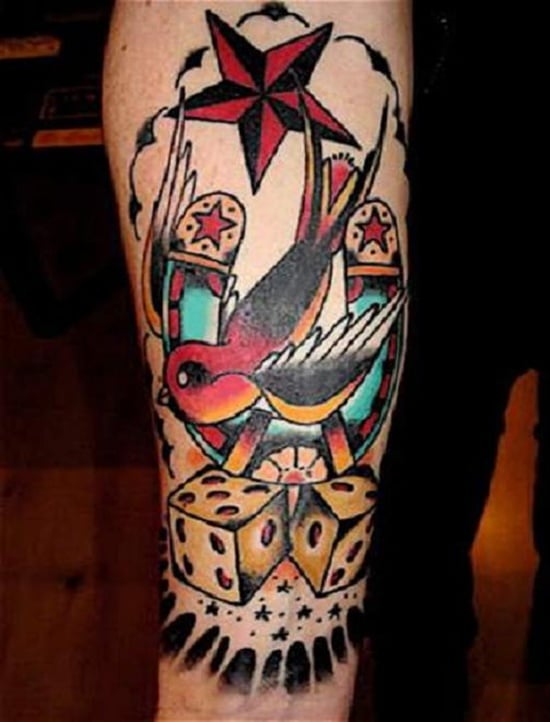 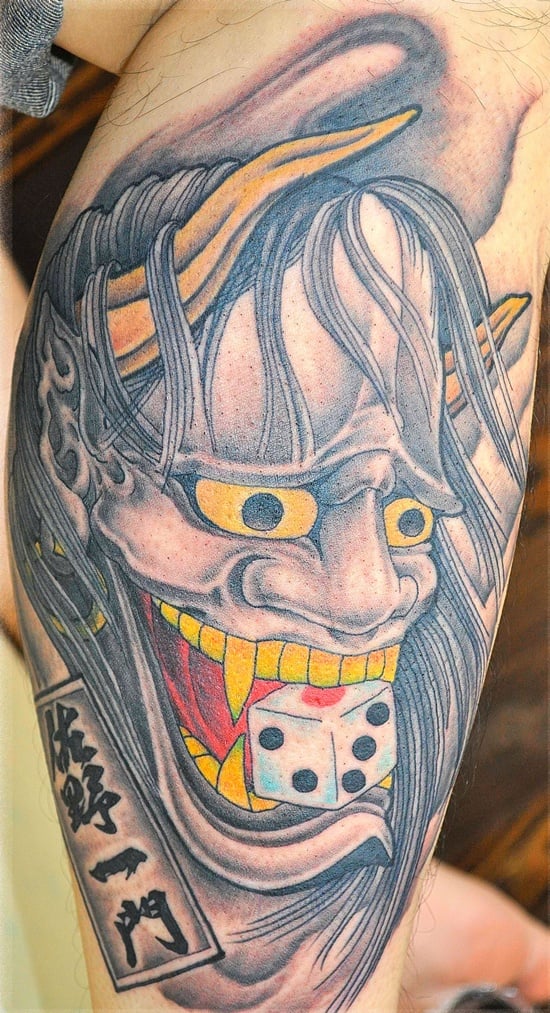 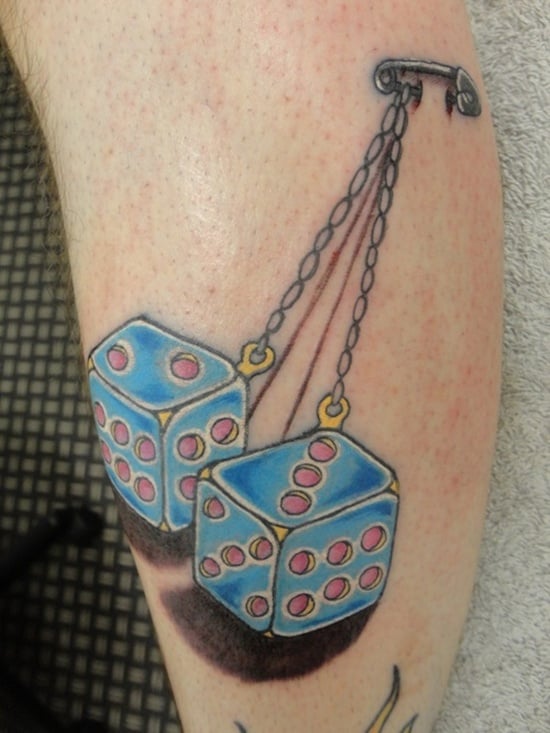 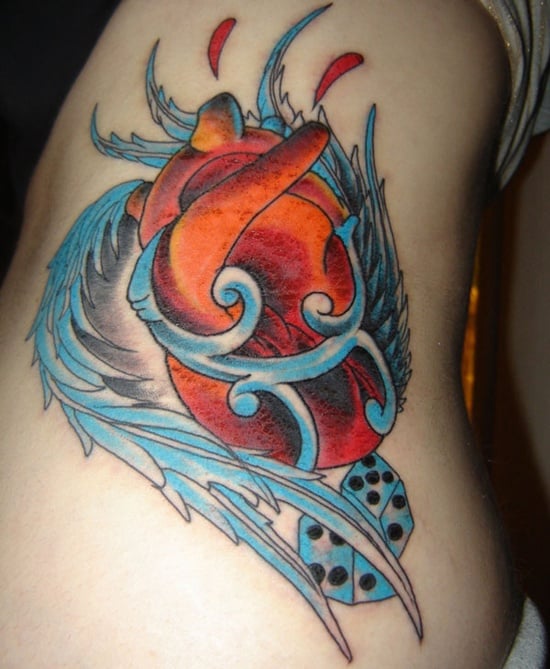 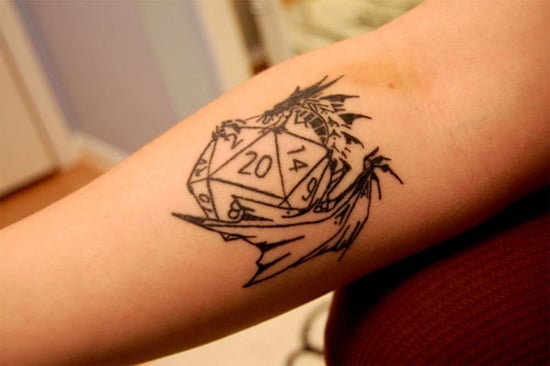 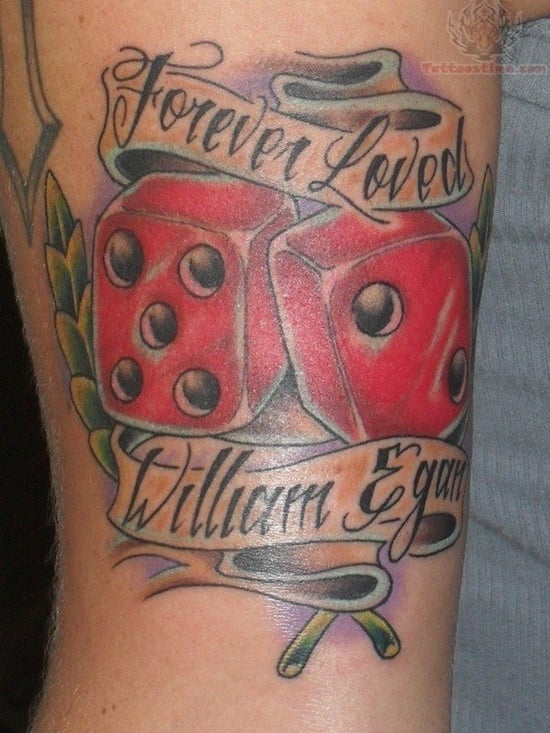 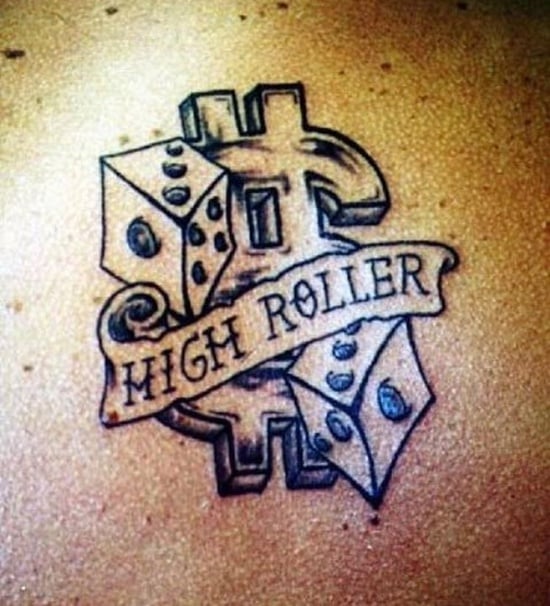 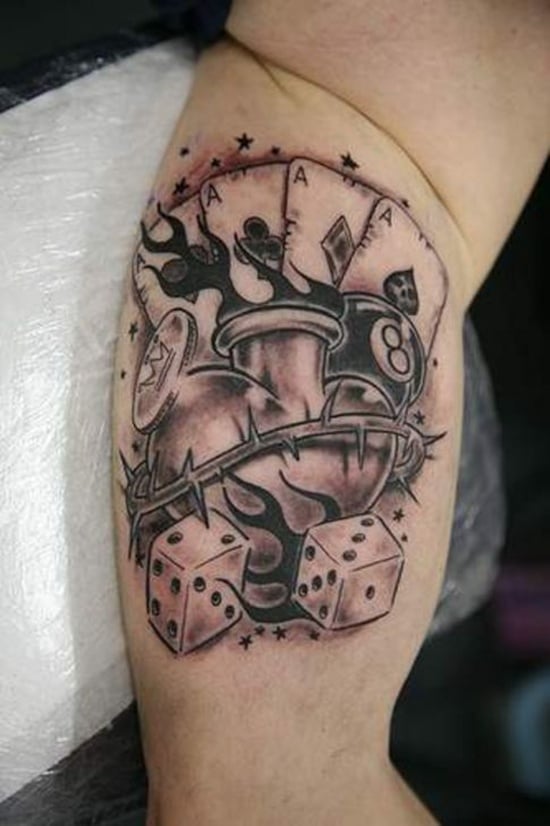 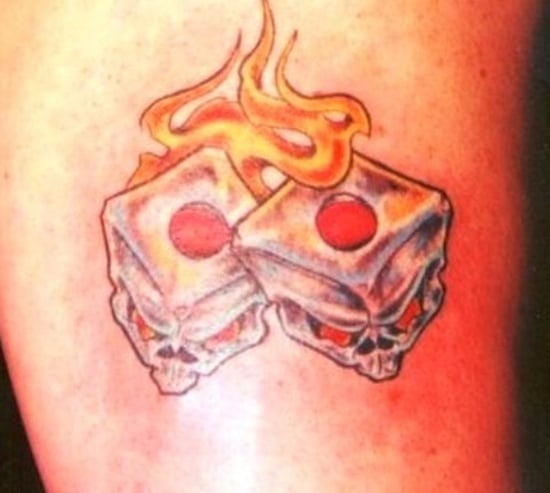 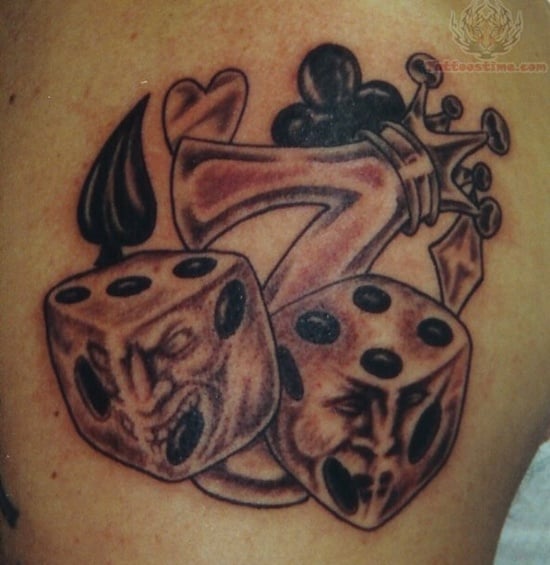 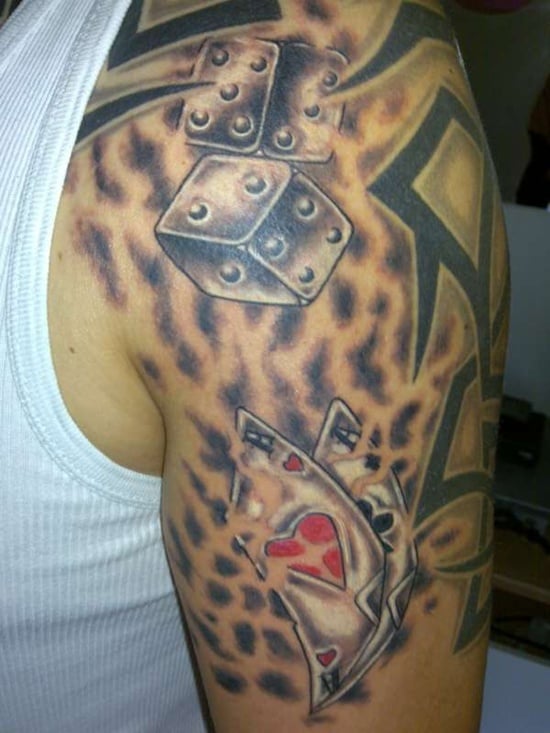 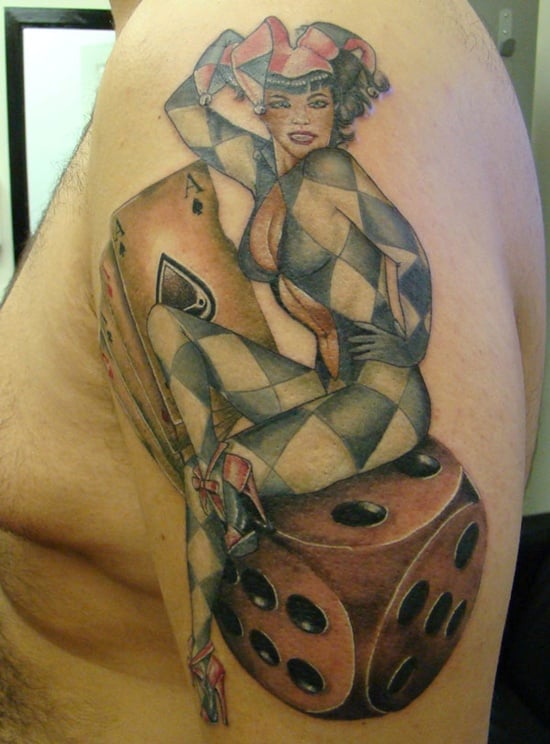