Look out china shops, there’s a bull a coming! These bull tattoos really charge their wearers into life. Not only for rodeo riders, the bull tattoo is a great way to show that you are doing what you want, when you want it! Powerful and strong, these tattoos show you charging at full force, and embracing life.

While tattoo designs are known to feature animals as part of their design, we can all agree that the motifs featuring the bull seems to be the most popular. This is because the animal is visually impressive and comes with a huge number of mythological and symbolic meanings attached to it. Many believe that bulls signify power and courage. This is in itself should make it very attractive as a tattoo design. Add to that, the fact that there is a wide variety of designs available with the bull motif. This will make it a design of choice for many. 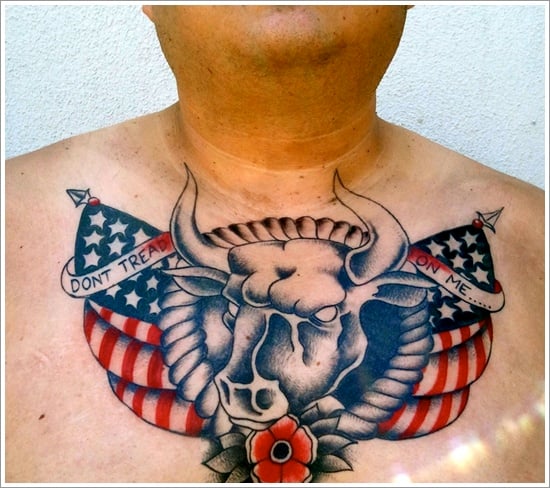 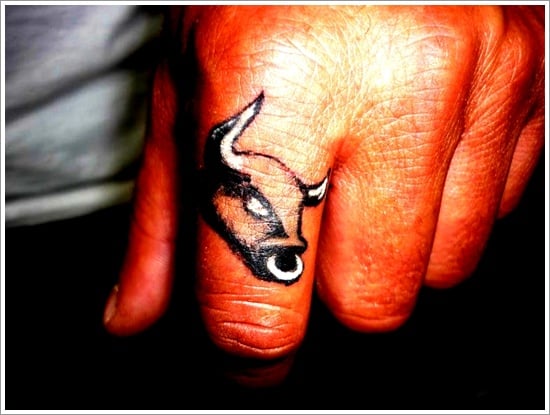 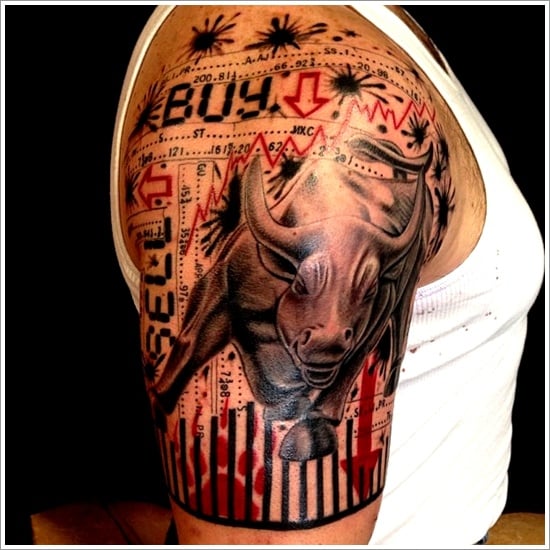 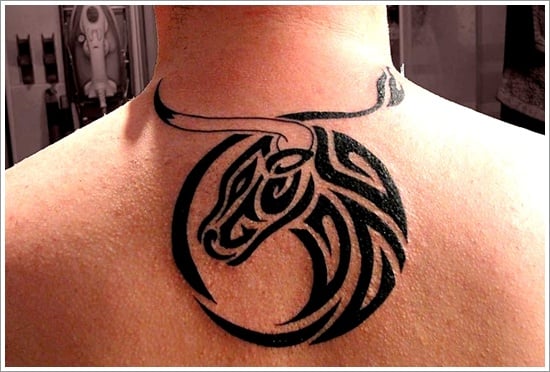 But that apart, let us look at some of the tales and myths attached to this tattoo design: 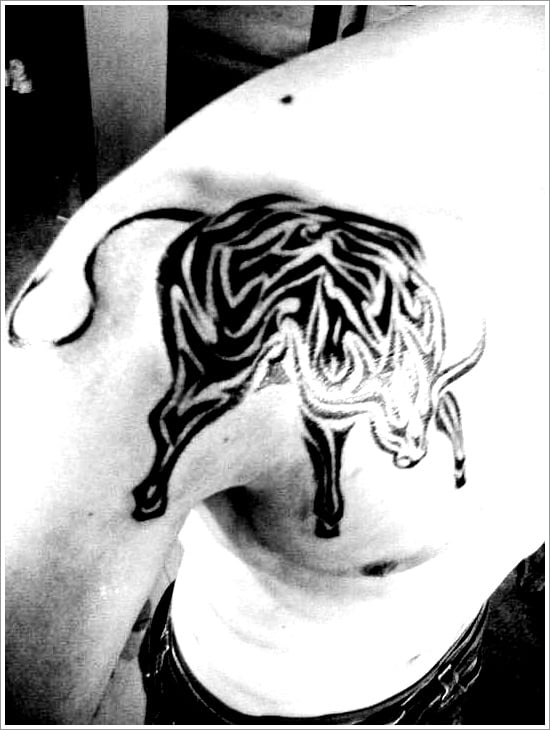 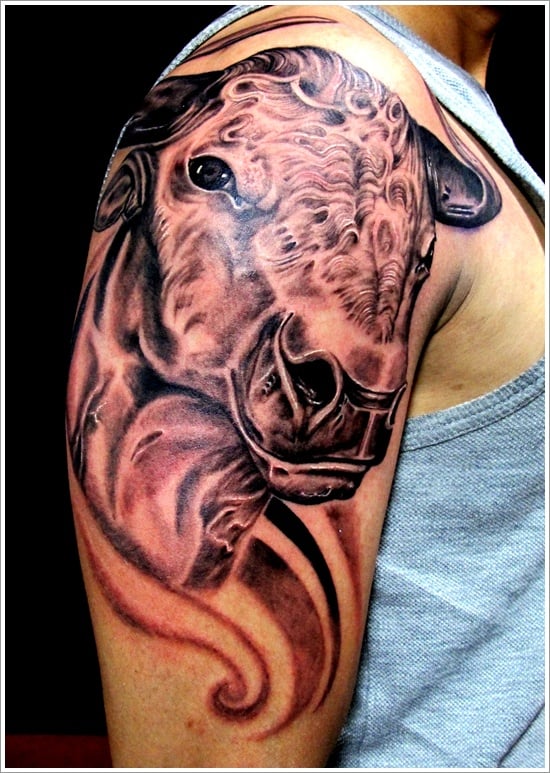 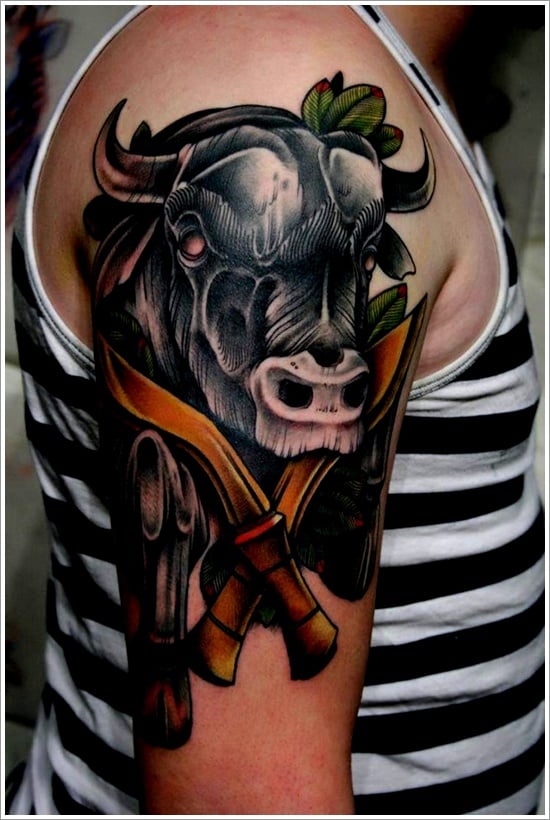 With the powerful and noble looks combined with all levels of symbolism attached to it, the bull is both visually and meaning wise a great choice for a tattoo. Rendered in earthy colors like brown, tan and black most of the times, there are many poses and styles that you can pick from. A bull in motion getting ready to charge or a bull lying supine or a bull trying to woo a female bovine would make a great picture. Plus you can also go in for designs that are on the lines of Celtic, tribal or ethnic art. 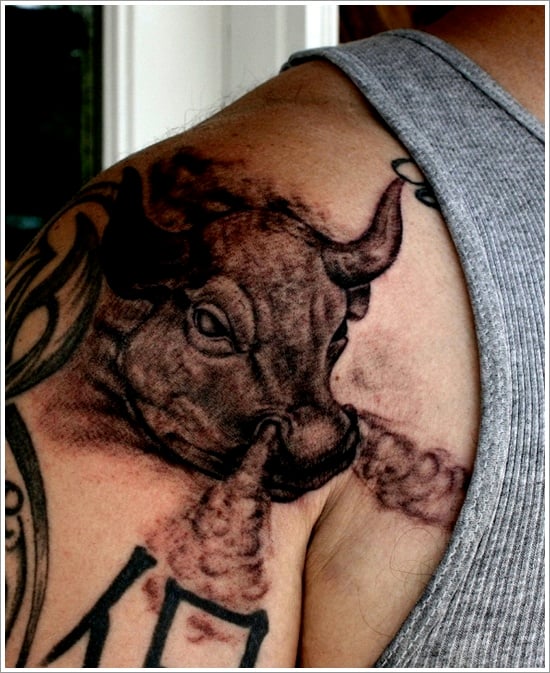 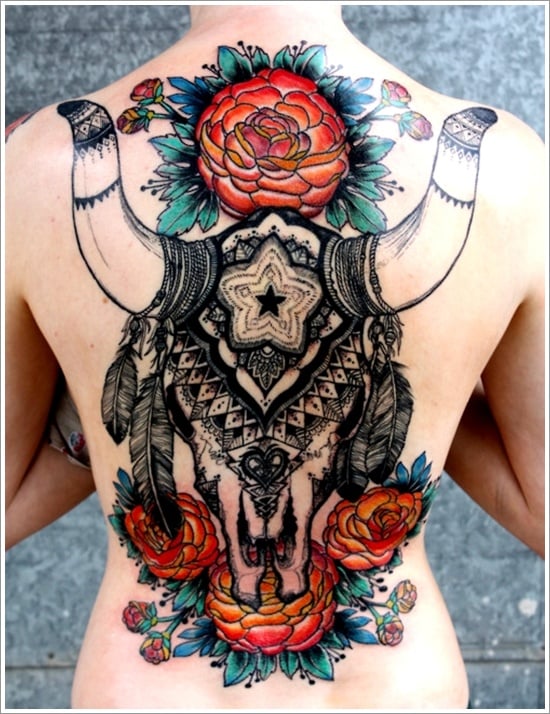 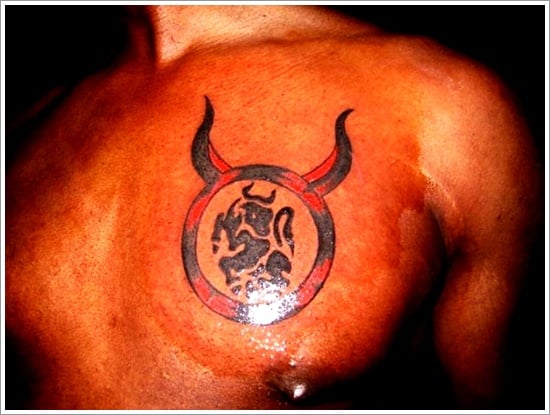 From a deeper study of the bull and what it signifies we can say that it is associated with wealth, power, courage, will power, persistence, peace, fertility and masculinity. Some people even consider the bull a protector due to its almost aggressive and paternal air. The bull in nature both protects and dominates the females and young ones in the herd. Many people also feel that bull is one of those animals that never gives up what it sets out to achieve. This makes it a mascot that will push you towards success. The meanings and significance of the bull motif can be numerous. 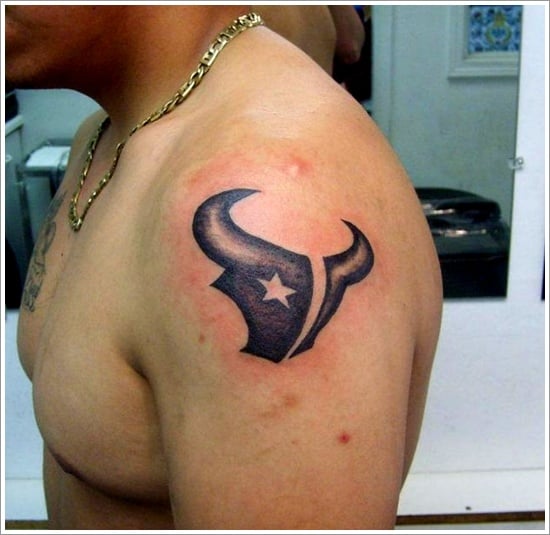 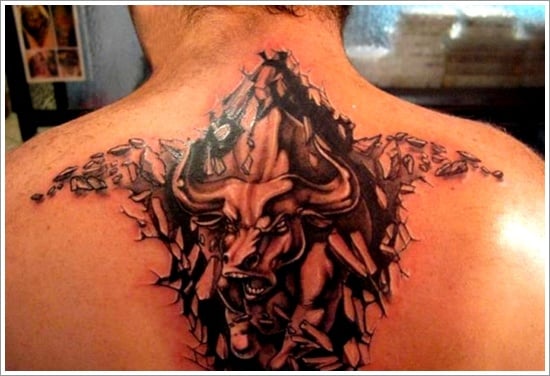 When you pick the motif based on the bull design for a tattoo, it is vital that you do your homework. You need to understand the ramifications, both implicit and explicit of the tattoo that you are getting. This will also help you determine whether it is in line with your way of thinking. 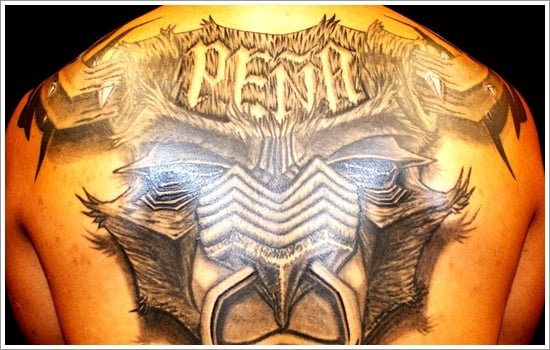 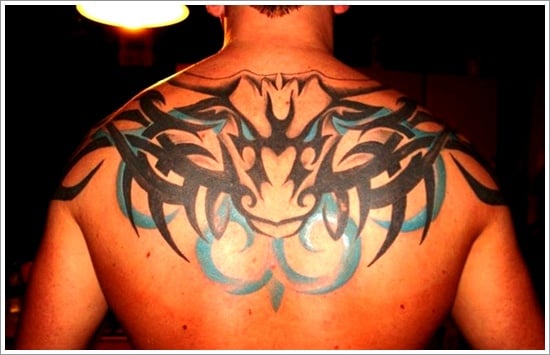 You can combine your bull design based tattoo with other elements like things associated with nature or the sun or other cattle to create a unique design. You can go with just the head or the whole of the body from various angles. Here are some dandy Bull Tattoo Designs.

Some other Dandy Bull Tattoo Designs are as follows: 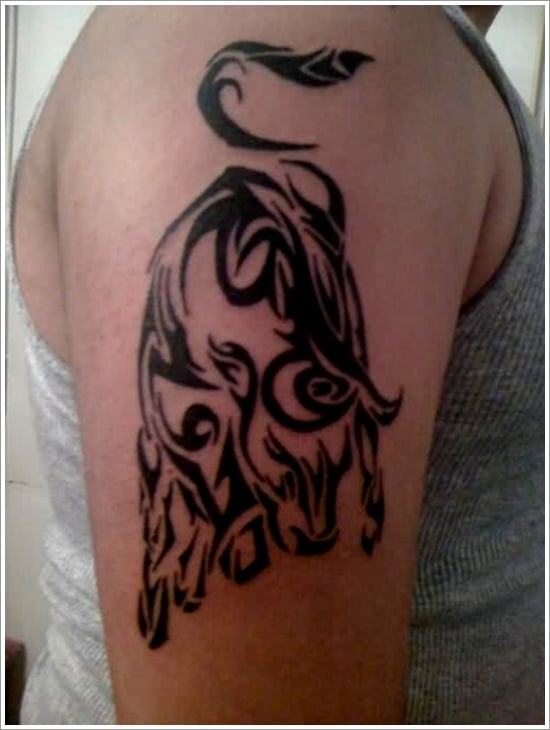 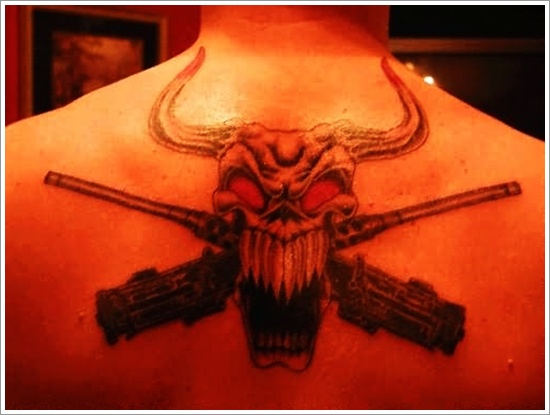 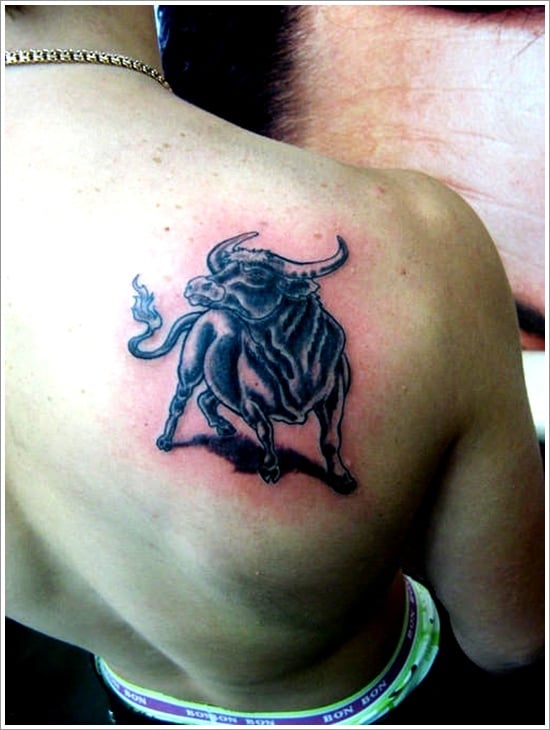 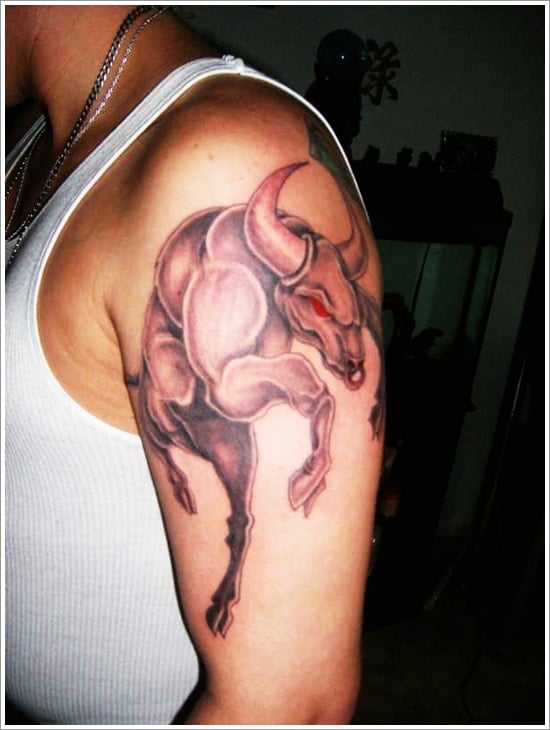 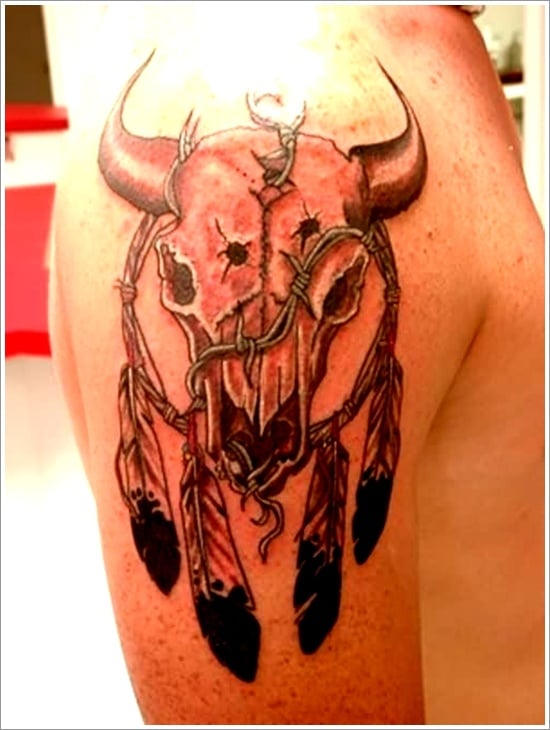 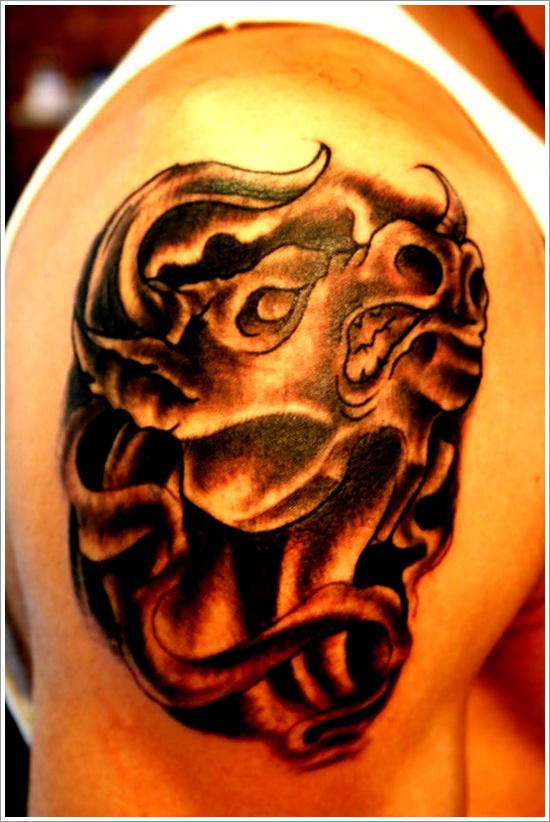 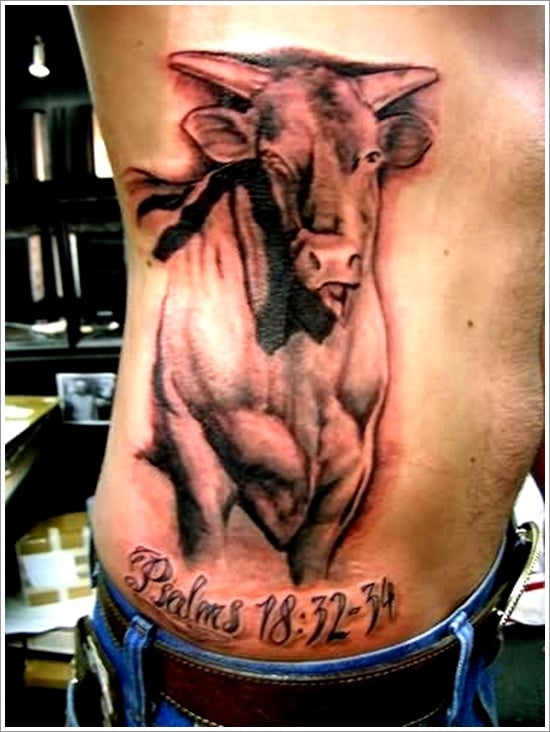 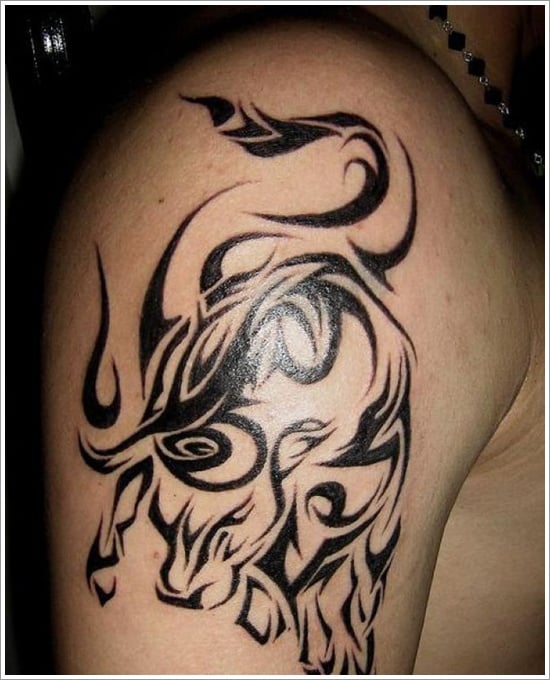 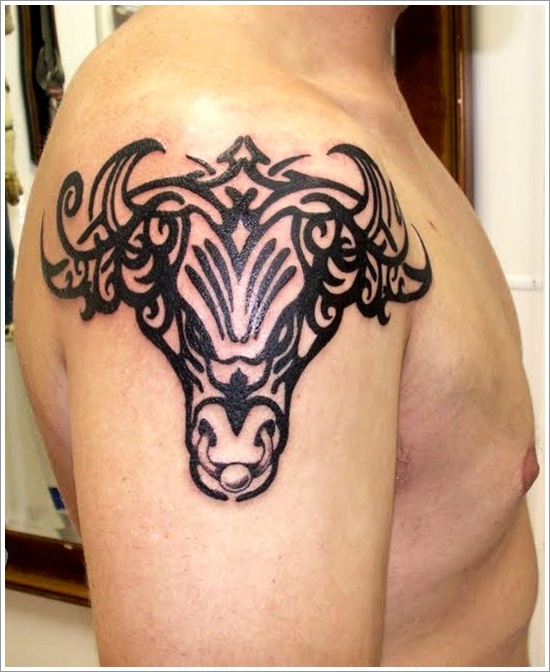 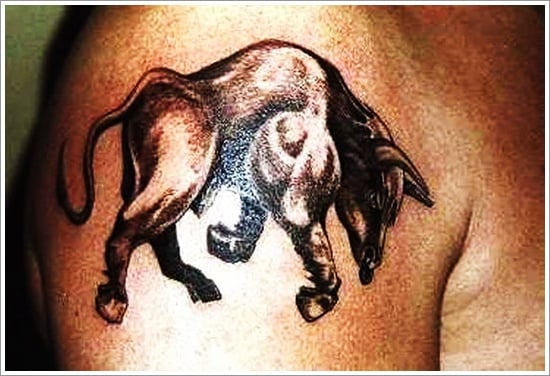 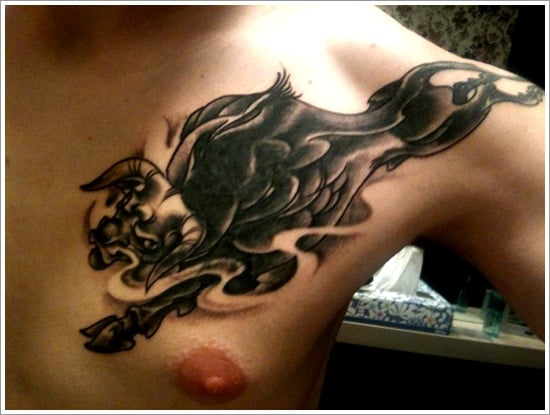 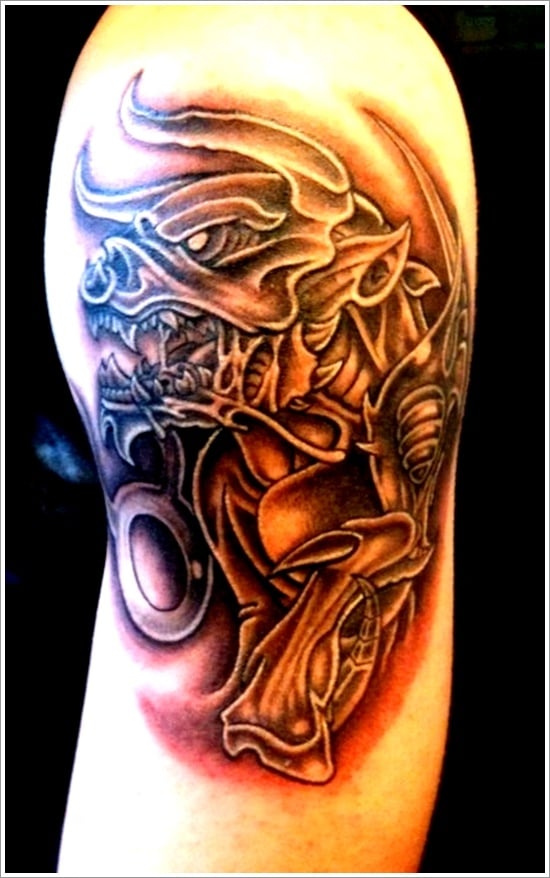