Expressing your personality through your personal appearance is all about making choices. Most of the time, making a personal style choice that doesn’t work out like you wanted, it isn’t such a big deal. If you get a bad haircut or the color, even if it doesn’t meet your expectation, though it might be annoying, but it’s just temporary. However, the case with a tattoo choice is some different. When you make the decision about which tattoo studio you should entrust with your body art, you’re making a choice with results that are permanent.

Whether you are looking for a traditional, old school tattoo, or something tribal, an Asian design, a black and gray, or even a bio-mechanical tattoo, it’s the quality of the final image that matters more than anything except its personal significance for you. Any quality tattoo must be performed by a talented tattoo artist, and if you’re looking for a tattoo artist with a great reputation and extraordinary skills, you will definitely find such artists in these top-rated tattoo shops:

BEST TATTOO SHOPS AROUND THE WORLD 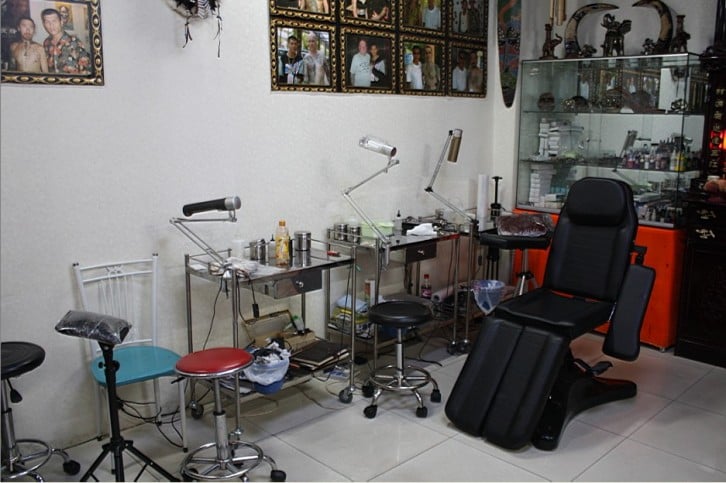 Ink is about passion, right? Your tattoo is important to you. You can use your body art to tell the world what matters to you, show what you love, make your mark. So it’s important, really important, to get a good tattoo. You want clean lines, brilliant color, creativity, artistry, and it’s worth the effort of traveling wherever you have to go to find the very best tattoo artists and the very best tattoo studios in the world.

Saved Tattoo:  You’ll probably have a long wait if you want to get your tattoo done by legendary Scott Campbell, but plenty of well-known movie stars and musicians have put their name on Campbell’s waiting list. After abandoning his former career as a biochemist, Campbell moved to New York and established Saved Tattoo in 2005. His incredibly detailed fine-line, black and gray works, can be seen on the skin of people like Sting, Orlando Bloom and Robert Downy, Jr.  In addition to his works of art in tattoo, Scott Campbell is also known for fantastic sculpture made from US currency, for watercolor paintings and for graphite drawings on eggshells. Other artists who have joined Saved Tattoo include Stephanie Tames, Seth Wood, Zach Scheinbaum, Thomas Hooper and Cris Clean.

Toronto Ink Tattoo & Laser Studio: The amazingly talented Mark Prata is one of the world’s most iconic tattoo artists, famous for his vibrantly  colored, neo-traditional pieces. On his way to becoming such a talented tattooist, Prata has been a BMX rider, snowboarder and motocross rider, leading to a couple of stints as a stunt man. He’s also a professional photographer and art designer, known for his part on the hit A&E series, “Breakout Kings,” as well as for his MTV Live appearance. Amongst many fabulous tattoos, a recent project pictures a twisted Elmo with Freddy Kruger knife hands, holding Ernie’s bloody, decapitated head. Sick, but talented.

Tattoo Temple: Joey Pang is a world-renowned master tattoo artist and philosopher who established the Tattoo Temple in 2006. She has since pioneered a unique technique of brush-stroke tattooing which creates dynamic lines and vivid artwork for her Chinese calligraphy and Asian mythology painting tattoos. In addition to tattoo art on skin, Joey also collaborates to create “tattooed furniture” home interior designs for Indigo, and is prominent in multiple forms of Asian fine art. Along with her two fellow artists at Tattoo Temple, Wang, and Jaimie, Joey Pang is one of the most sought after tattoo artists in the world.

Tin Tin Tatouages: For more than thirty years, tattoo artist Tin Tin has been designing body art for Europe’s most acclaimed celebrities. After teaching himself how to tattoo during his military service in Berlin, Tin Tin traveled the world to study under the best tattoo artists, developing his own stunning, photographically perfect illustrations. Tin Tin is credited with elevating the art of tattoo to a new level, and many of our contemporary artists have been privileged to study the art of tattoo with Tin Tin at Tatouages in Paris.

Sleevemasters: This iconic tattoo studio in Sydney’s red light district has been called “the busiest tattoo shop in the world.” It is certainly the most prevalent tattoo parlor in Australia, famous for inking thousands and thousands of “sleeve” tattoos since 1984. Sleevemasters attracts some of the world’s best tattoo artists, as well as clientele from all countries and from all walks of life. They specialize in all types of tattooing, from freehand artwork, to Celtic, tribal, bio-mechanical, black shading, new age, traditional…you name it, they’ll tattoo it and do a beautiful job.

The Leu Family’s Family Iron: Filip Leu and his parents and siblings are a family of bohemian artists who have traveled the world and settled in Switzerland to establish Family Iron. In addition to spectacular works of tattoo art, Filip is a gifted painter with acrylic and canvas as well. Filip Leu co-founded the Art Fusion Experience with fellow tattoo artist, Paul Booth, creating collaborative tattooing and painting events. Leu is known for his powerful Japanese body suits and beautifully macabre back pieces.

Horiyoshi III Tattoo Museum (Yoshihito Nakano): One of the world’s most legendary tattoo artists, Nakano aka Horiyoshi III is known for traditional Japanese full-body tattoo “suits,” (horimono,) and he uses tebori, traditional Japanese hand-tatooing, for shading and color. A contemporary of renowned, old-school artist, Ed Hardy, Yoshihito received his honorific title, Horiyoshi, after apprenticing with master tattoo artist, Yoshitsugu Muramatsu (Horiyoshi I) and receiving his own first tattoo from Muramatsu’s son (Horiyoshi II.) The title is passed down from master to apprentice, and hori means “to engrave.”

At the age of 67, Horiyoshi still specializes in a classic Asian repertoire of peonies, she-angels, dragons and koi, with his works costing tens of thousands of dollars and sometimes taking several years to complete. His successor will be his son Kazuyoshi Nakano, who upon completing his apprenticeship will become Horiyoshi IV. 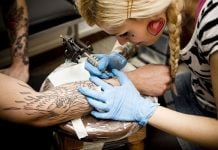 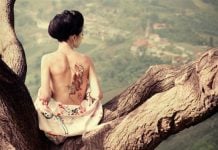