You will find that though people seek unique tattoo designs, they also tend to veer towards a few common themes. This is because these designs are good to look at, popular, adaptable and also have a lot of symbolic value. Have a look at the most commonly used tattoo designs and what they mean.

Star tattoos are done in different ways and they are meant to denote your aspirations, hopes and ideals. They represent an aspiration for more knowledge, seeking spirituality and beauty. Many people get a star tattoo when they are starting on something new and wish to seek an entirely new goal. It could also be done to celebrate a certain achievement. As usual, the meaning and symbolism of the star tattoo will differ as per the design and the way the individual take it.

Often mistaken for something else, these have a lot of deeper symbolic meanings. The generally known among them is supposed to represent our ultimate demise and the mortality of human life. However, it can also be used to mean strength, protection, power, fighting death, facing difficult times or major changes in life. 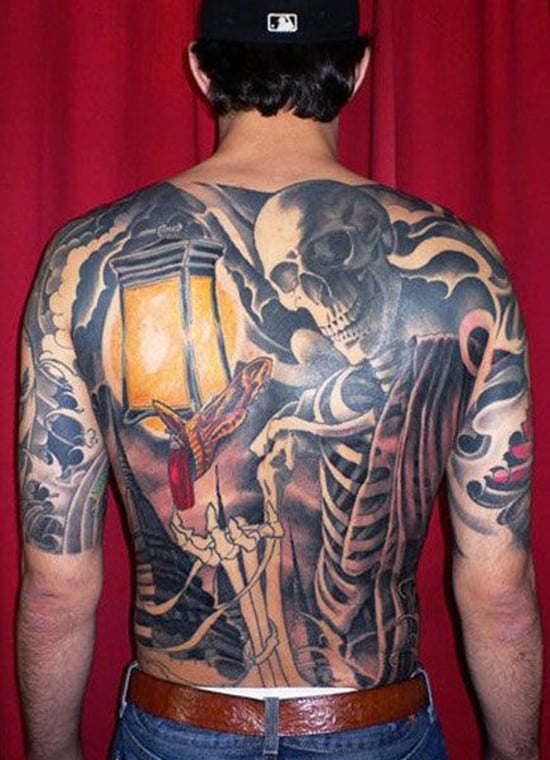 When you look at it first, you may think of it as something evil, Gothic or negative but they are a lot more than that. Many a time, the person getting a skull tattoo does it due to many strong and valid reasons. Some people strive to reduce the evil impact by adding other elements to it. Many people who get it may do so on fighting and winning over a battle against illness or some sort of such problems.

These are quite a big hit with the ladies. Butterflies can be something that can endlessly fascinate us due to their lovely appearance and also due to the transformation they undergo during their life time.

Due to the vast species of butterflies, you will find that there can be many types of tattoo designs based on them. Plus the art form like Celtic or tribal or fairy style butterflies add to this collection. 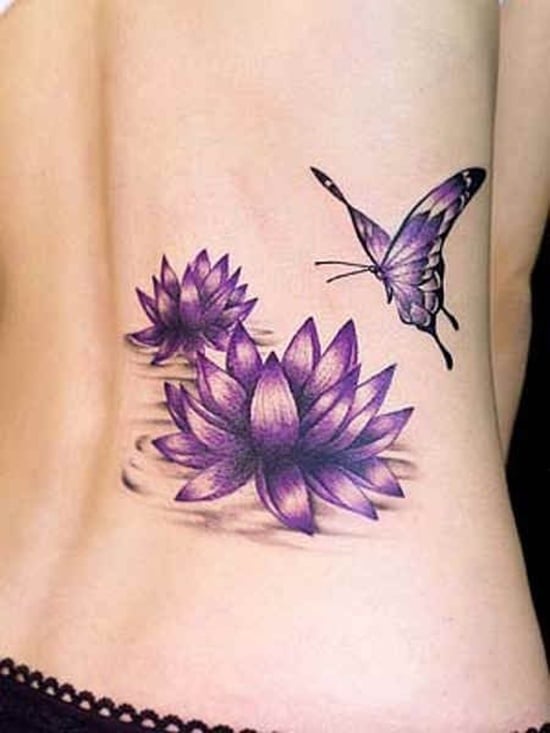 The symbolism of butterfly tattoos

Yet another common motif for tattoos is that of the zodiac signs. People often get these tattooed as an extension of their belief in astrology. The designs that are picked among zodiac signs can be easy to draw to a larger extent. Of course, some people tend to make them even more interesting by adding interesting twists to the basic sign. Certain zodiac signs, like Taurus and Gemini, for example, allow more scope for this. People born under the cusp of two signs may even choose to get both the signs blended in an interesting design for their tattoo. 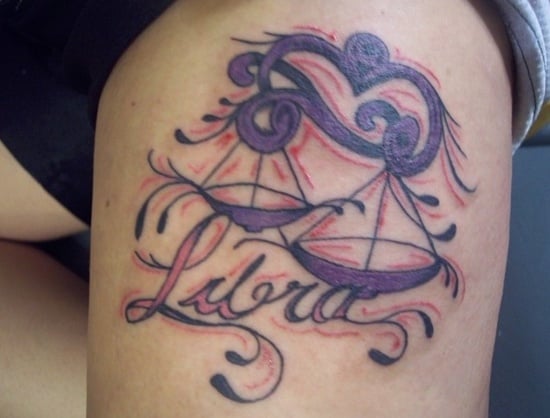 Many people get a zodiac symbol tattooed for the sake of expressing their unique identity as this is something that they are born to and cannot be altered.

These are a major hit, especially among the religious people. People from Ireland, Scotland and Wales often have a Celtic cross to show of their heritage. Most of the time a cross tattoo represents their spiritual inclinations and love of Christianity. 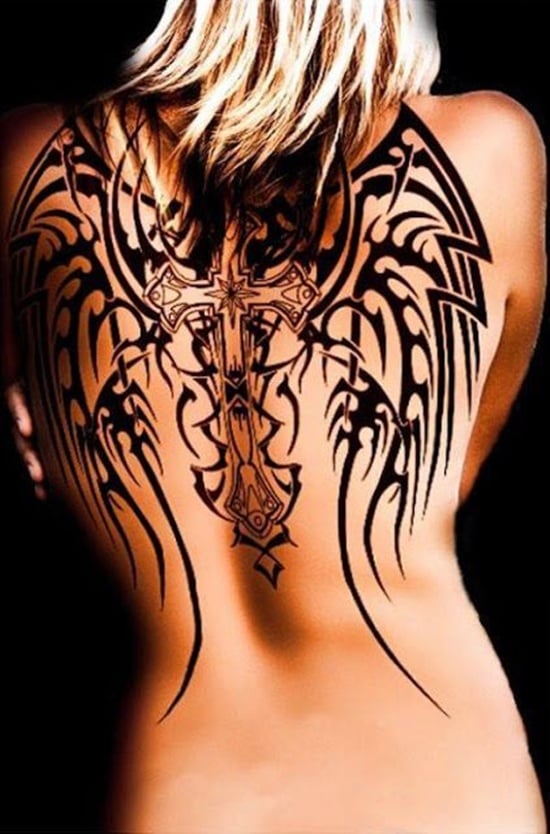 People tend to add elements that are special to them to the cross tattoo to make it uniquely their own. Some people get it in to show their dedication to the memory of a loved one they have lost. Some simply add rosary beads to the cross.

A very popular tattoo among both the genders, this tattoo mostly means love in its many forms. That makes sense as we credit the heart with all our emotions and even see it as a vessel for our very souls. Many get a heart with key and lock to show their commitment to their partners or a very deep bond. People often go with the big red heart as this is the symbol that most represents love and romance. 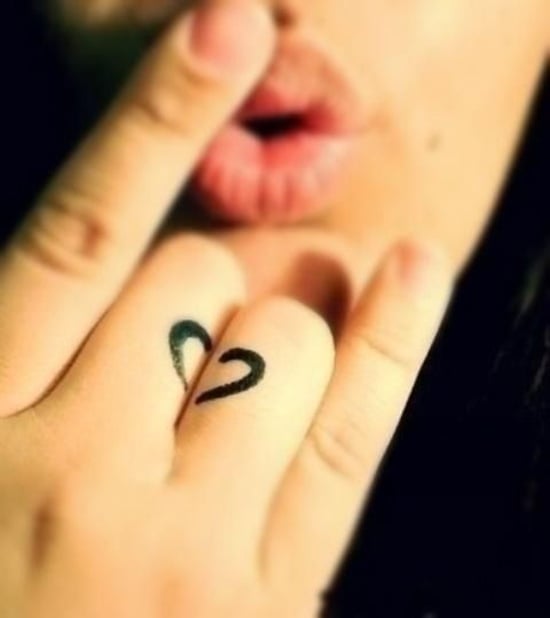 People who sailed often had a heart tattooed with the word mom in it to show their love for their mothers. Sometimes the heart will be shown with jagged line slashed across the center to show heartbreak or loss.

Almost one third of the tattoos in the world are based on the tribal motifs. The design and the origin of it will denote what it symbolizes. The tattoos can represent major events in life or be of magical and mystical significance. People also wear it to show pride in their lineage. 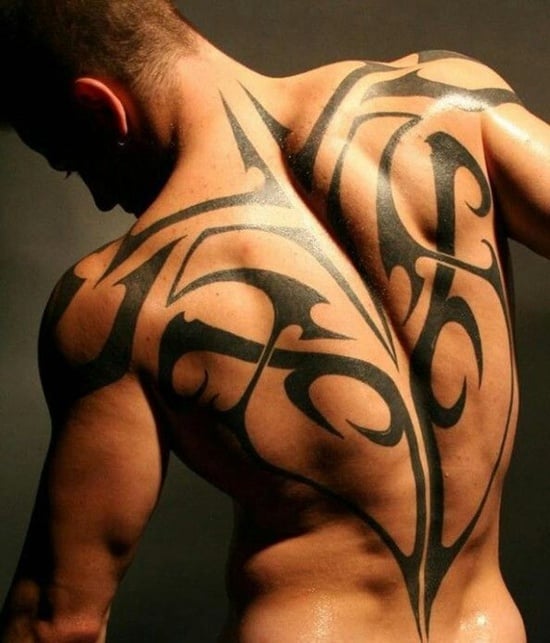 Tribes often had tattoos that represented rites of passage. Among the native Americans, each tattoo has a story and is rooted in their beliefs. Some are to do with the identification of the tribe; like the ones of the Hawaiian tribes. Maori believed that tattoos marked their courage. Tribal art is predominantly done in black.

These creatures represent  the spirit, magic, courage and power. With the legends and myths that abound about this creature,  it’s  no surprise that they are sought after tattoo designs. What is more important is that they can be made in various colors, making them visually distinct and stunning. The background depicted in the dragon tattoos adds to their fascination. Mostly dragon tattoos are representative of the fact that we feel we are free and full of strength. 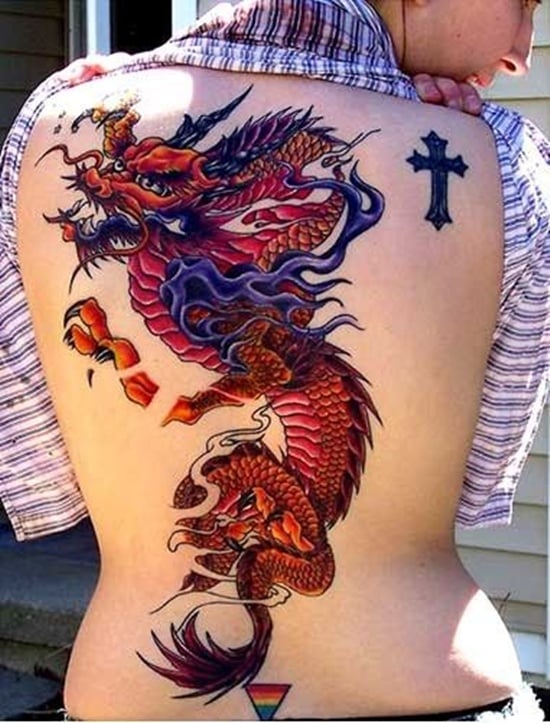